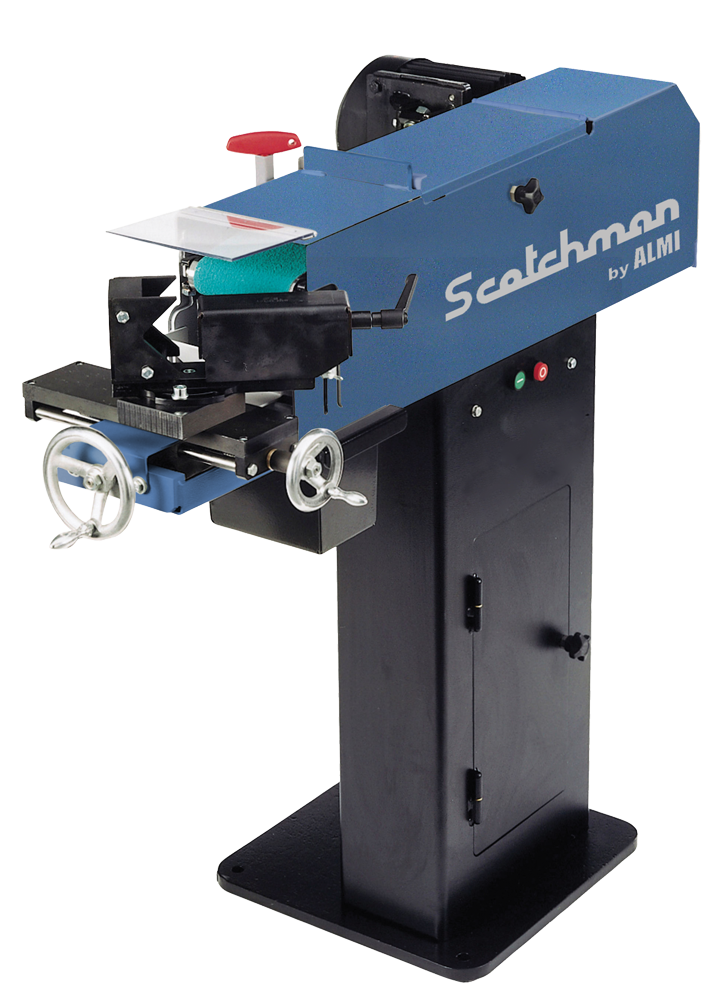 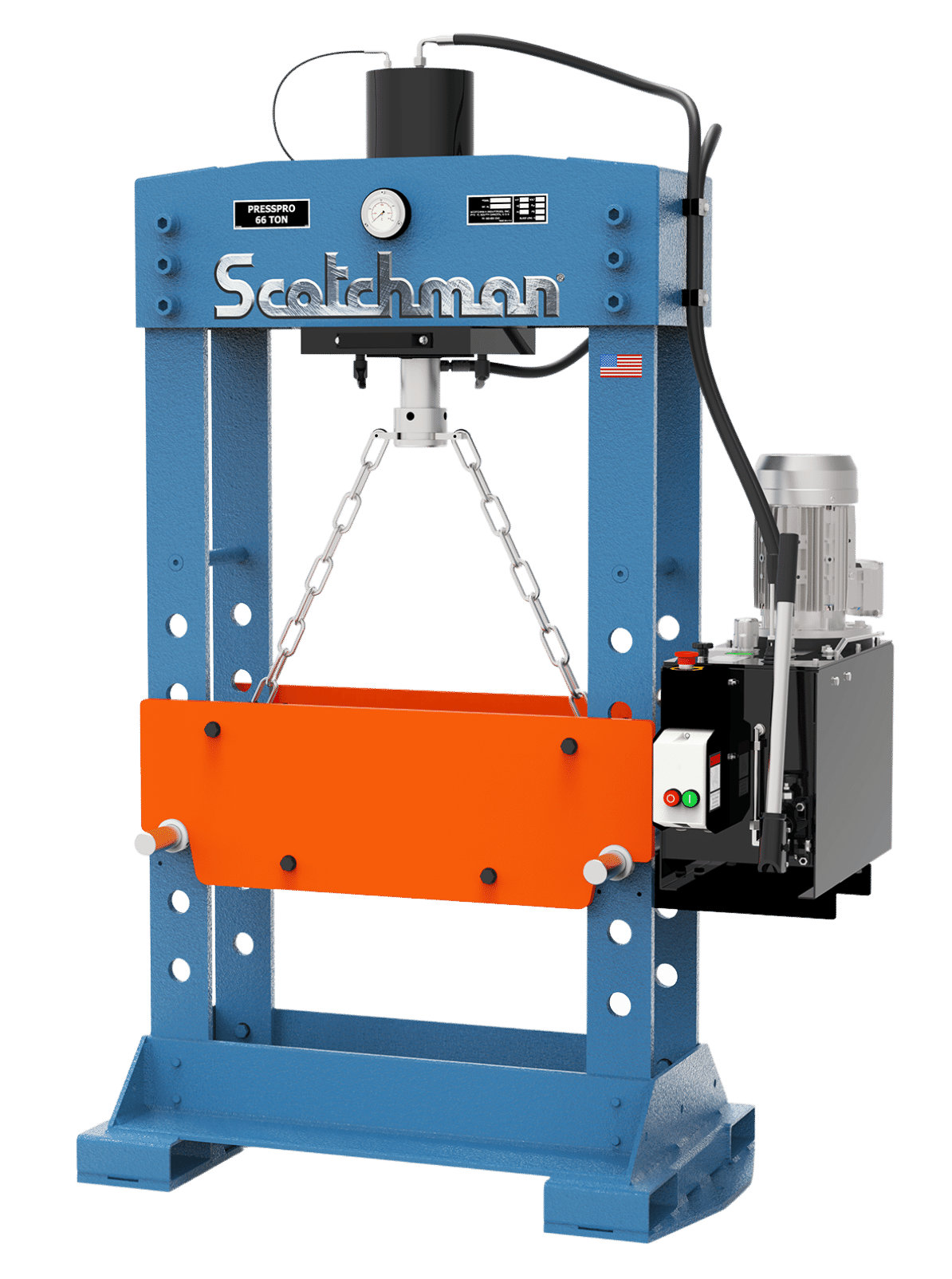 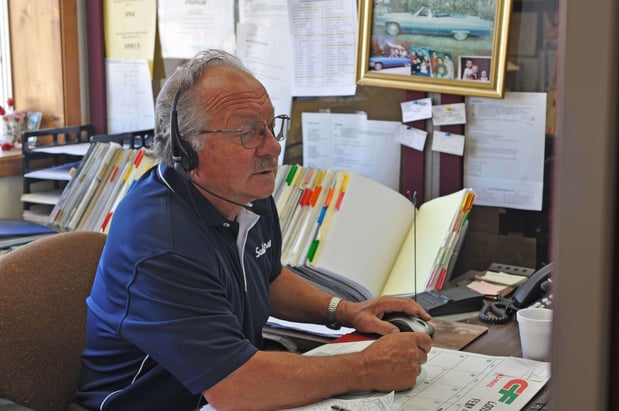 45 years with one company is nothing to shake a stick at! It takes perseverance, dedication, and a come what may attitude.

Alvin joined Scotchman Industries on Nov 13, 1972. Over the years he has worked in almost all aspects of the company: welding, assembly, paint, final assembly, and parts room.

Scotchman Industries is a company well known for its long retention of employees, but only Alvin has earned the 45-year badge!

What Alvin's Coworkers Had to Say 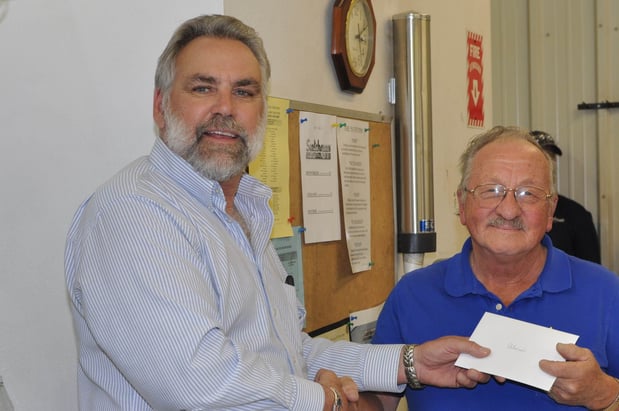 Alvin’s co-workers were asked to describe him in a few words.

“It would be hard for me to sum Alvin up with just a few words."

"How can I describe my Grandpa in just a few words?"

"I could go on and on, but these are the first ones that came to mind!"

At Scotchman Industries, “Alvin has long been known for being 'the Voice of Scotchman,' a term he earned over the decades of taking care of our customers/dealers/reps. I would also like to think he earned and deserves the title of 'The Man' because that is exactly what he is. His complete dedication is a value that is so hard to find. The nice thing about Alvin is that he leads by example, another trait that is hard to find. Alvin is The Man!!!"

From across the factory his co-workers knew exactly what to say.

“I have enjoyed working with Alvin. Our jobs do not intermingle but that has not kept him from helping me with anything I have asked of him. He is always friendly and willing to help whenever he can. He is genuinely interested in people and seems to have their best interests at heart.  He obviously enjoys his job and that is why he is still around after 45 years.

"ALVIN WILL DO WHATEVER!!!!! TO KEEP THE CUSTOMER HAPPY."

"He is always willing to go the extra mile when no one else will.”

Some employees have a much deeper connection than just co-workers… They're family!

“My Grandpa is the most kind-hearted man I know. He would do anything for anyone, no questions asked. He’s always helping solve any problem thrown his way with patience. I have never met someone like him. He does so much for everyone and doesn’t expect anything in return. He is a loving father, grandfather, and great grandfather. I couldn’t imagine life without him. I know that I am one lucky girl to have a grandpa as wonderful as Alvin!"

"In knowing Alvin for 36+ years, he has proven to be the finest person I’ve ever met. He has a work ethic that’s 2nd to none and has always been willing to help anyone that needs it. He has always put the customer “1st” here at Scotchman Inds. He has helped to make us a better company than the rest. Alvin has been a wonderful mentor to me and a true inspiration.”

"Alvin has always been polite, professional, knowledgeable, honest, respectful, caring, loyal, encouraging, dependable, a company man, trustworthy, and a friend that has been a pleasure to work with.  He is definitely a big asset in the sales department helping customers on the phone. Not sure how we could ever replace him!"

"He has been the Inside Sales Manager for many, MANY years.  During his career, Alvin has taken hundreds of thousands of calls.  One wonders how many times he has said – 'This is Aaaaalvin.'" 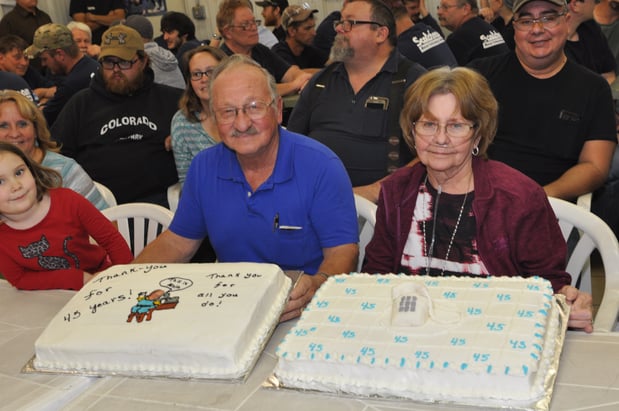